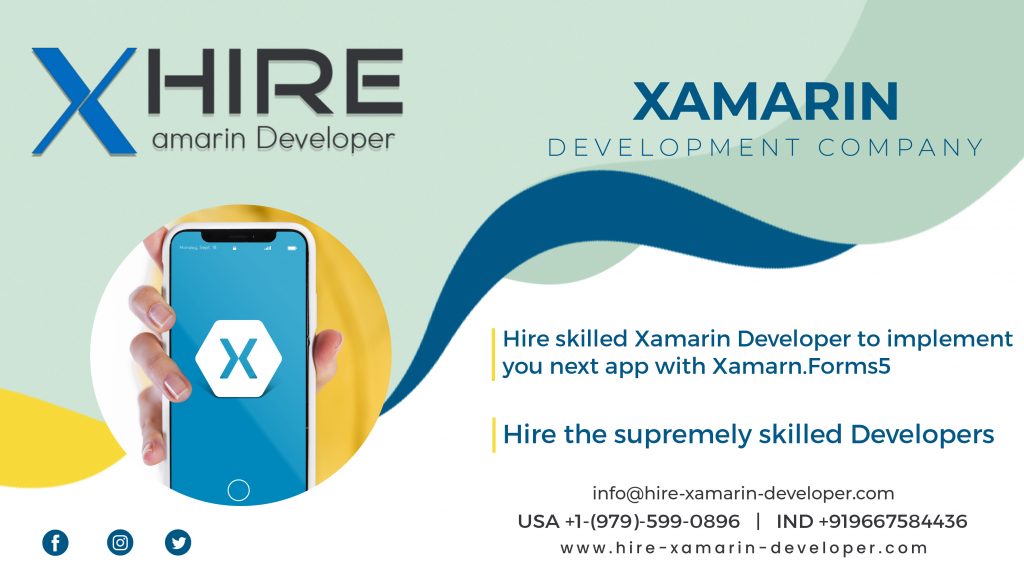 Additionally to allow the developer community to build a cross=-platform mobile application with the sum of some advanced UI controls the Xamarin development environment is soon going to introduce Xamarin.Forms. Meanwhile, yet it has released its preview which is a little bit advanced version of its several 4.X releases. Well, this release of Xamarin.Forms5 has come along with the solid gradient brushes, carouselview, drag and drop, radio button, shapes, swipeviews etc. These are assuming as the exciting features that can add some new creative potentials in a Xamarin app additionally to make it more elegant along with a superb user interface.

Marvelous app layout with the use of Brushes, Shapes and Paths

In a way to give a more beautiful look and feel to an application, a developer is now able o use the gradient brushes, at anywhere or any specific screen or section of the application. As well as using the shapes and paths, they are also enabled to rounded corners and several different shapes in the app UI by simply using the platform graphics API which didn’t increase the size of your mobile application. Apart from that, you may also use geometric to clip any required visual element in the application.

Probably a radio button is no more looks so exciting in an application, so in Xamarin Form controls it like to use the templating control to radically alter the app design, which can definitely take the extensibility charges of the app development in the future iteration.

In order to add more interactive controls in an app here is the CarouselView support control of looping which supports several visual states to interchange or transforms the CurrentItem, PreviousItem, NextItem, DefaultItem, etc, with VisualStateManager Control. Besides this, it has some more views as PeekAreaInset to set the previous and next item data or limit in the app bugs. The code contributors currentitem view. Also, it has an EmptyView control, that attaches a property as IndicatorView and many more.

While in case to add contextual button and commands in the app layout here is a SwipeView wraps control, along with this another control as drag and drop gesture allows the developers to add a gesture to the app UI view and control to accept and drop required features and functionalities in the both inside and outside view of the app. This feature id mainly useful when we need to use and access two apps in parallel.

Along with all the other interactive feature controls this release of Xamarin.Forms 5 also includes a number of community reviewers to play a crucial role additionally to help the developers to fix and resolve the critical bugs. The code contributors are enjoying it well and also these community members adopt the additional steps to make sure that contributors to make it more quickly into the product.

Get ready to exhibit Xamarin.Forms 5 in your next Xamarin development project

Timely upgradation is the main reason behind the long-lasting charm of the Xamarin tech stack, and this time with the Xamarin.Forms 5 if introduces the developer’s community with some splendid changes and removals. While to implement the app functionalities with Xamarin.Forms 5 a developer need to make a few changes like