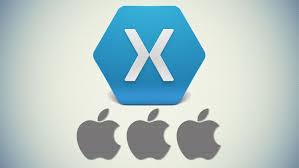 Even though the Xmarain is one the highly recommended, trendy, and easy to adopt tech environment for the development of wonderful mobile applications, nevertheless, it has numerous prospects which makes a big confusion for the developers in a way to the build of a cross-platform business mobile application. While from all the other confusing component, the major one is the memory leak in the iOS Xamarin.

Xamarin and iOS are going through a lite weighted troubled relationship, as the iOS uses the reference range for the assured management and dispose of the app memory. This range can any time increase or decrease, whenever a reference will be added or removed. While the reference range is 0, then the object will automatically get deleted and the app memory goes free. In the successful implementation of this memory leak process, the automatic reference counting in Objective C and Swift helps a lot, but somehow, it is a bit difficult for the developers to do it in 100% correct manner and facing trouble when they are creating an app in native iOS language for the Xamarin.

So to get the better and effective outcomes, at the time of code creation, the developers have to keep concentrate on the reference count of the memory objects of the native iOS. Also in order to move ahead with the iOS OS, the Xamarin platform creates peers for the management of the actual reference counts. Well for this Xamarin has basically two peers for this purpose which are:

These are well-managed wrapper working around the iOS native for Xamarin, alongside this, it also holds no strong references to depending on the iOS objects, and be messed up by the garbage collector as per requirement and do not cause ant kind of memory leak.

These are custom managed coding objects which are usually driven from framework peers. This user peer contains state and hence it keeps alive by the Xamarin frameworks. For instance:

Here Xamarin create two peers which are referred to each other as one is for MyViewController and the another one for MyButton. In this way it creates a reference cycle wchci is not mess up by the garbage collector. For instance:

Always make sure to unubscribe the iOS event handler of your project.

If you still have any issue with the Xamarin menory leak, or are in search of a highly experienced Xamarin App developer, then the entire team of the Hire Xmarin Developer Texas is all the time ready to feed you with the best possible and effective solution at the package of fast delivey and lowest cost.